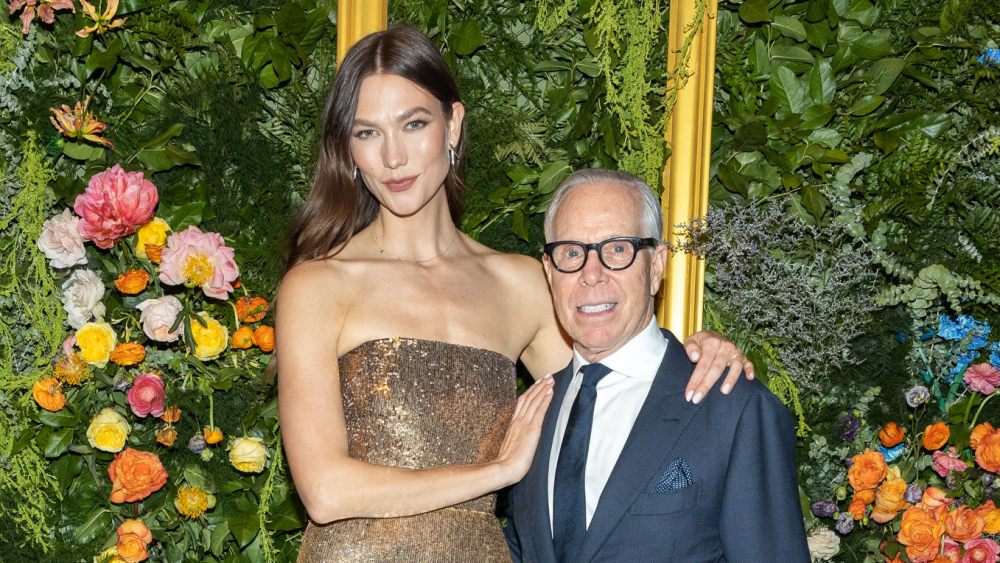 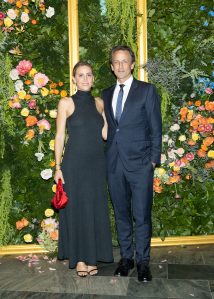 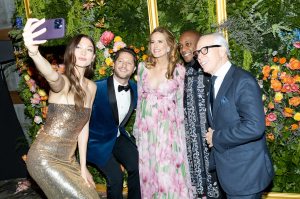 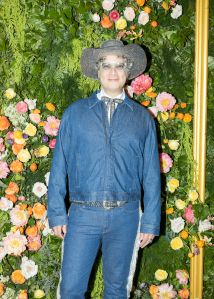 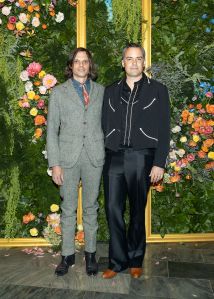 BENTONVILLE, Arkansas — “Here we are in this nightclub in the Ozarks,” said Olivia Walton, board chairperson of the Crystal Bridges Museum, addressing guests from the stage at the “Grit to Glamour” gala Wednesday night in Bentonville, Arkansas, before answering the question on everyone’s mind:

“The sheer force of Alice Walton,” she said of her aunt, the maverick Walmart heiress who opened Crystal Bridges in 2011, determined to bring Mark Rothko, Andy Warhol, Georgia O’Keeffe and Kehinde Wiley works to a corner of the country with little exposure to them.

And now her board chairperson successor, Olivia, a former New Yorker, who was a broadcaster before marrying Walmart founder Sam Walton’s grandson, Tom, is building on her own vision to expand the museum’s reach beyond art into culture.

“At the heart of what we’re trying to do at Crystal Bridges is expand access.…When you think about fashion, it’s as an opportunity to bring in a whole new audience,” she said during an interview, noting that inspiration came from the success of the Costume Institute at the Metropolitan Museum of Art, across the street from where she grew up in Manhattan, New York.

“We are a public nonprofit, and that means we need to get a third of our funds from the public. So we’re excited to be doing this. All the money tonight goes to arts education,” she said of the museum’s first fundraising gala, pegged to the current exhibition “Fashioning America: Grit to Glamour,” an inclusive 200-year history of style spanning Levi’s, western wear, streetwear, ready-to-wear, bridalwear, the Hollywood red carpet, Pop Art and “Project Runway,” with pieces from Nudie Cohn, Hilfiger, Virgil Abloh, Tory Burch, Isabel Toledo, Tom Ford, Patricia Michaels and more.

For support, Olivia Walton sought out Council of Fashion Designers of America chief executive officer Steven Kolb when he was visiting Northwest Arkansas Fashion Week last year as part of Interform, an organization that supports local production and educational programming for designers and sewers, prioritizing underrepresented populations such as the Marshallese, Congolese and Latine communities.

“I was so impressed with the industry and the organization and what’s happening in Northwest Arkansas in fashion,” Kolb said earlier in the day during a fashion symposium the CFDA helped to organize at the museum, with Coach creative director Stuart Vevers, Tracy Reese, Aurora James, Fe Noel, Sukeina designer Omar Salam and others, noting that a new program to award 10, $25,000 scholarships to student designers born in, studying in or residing in the American Heartland would “help continue the conversation.”

By all accounts, the symposium and gala were a success, raising $2 million for the museum.

“Part of the reason we’re having a big party is to drive attention to the exhibition, but it would have to knock it out of the park to say ‘OK, we want to start doing this regularly,’” Walton said of the future prospects for Crystal Bridges on the annual fashion gala calendar.

“We are not announcing any kind of institutional commitment to fashion the way we have to craft or Indigenous art, but we try to take an anti-elitist approach to what art is, and that resonates in our region where people are less familiar with interacting with arts organizations. So bringing fashion to the museum is one more way to make it democratic and accessible,” Walton said.

The Moshe Safdie-designed museum, with a dramatic campus of pavilions over two spring-fed ponds, was transformed by event planner extraordinaire and native Arkansan Bronson Van Wyck into a glam, red-lit party pad for the evening, with patchwork denim ottomans and mix ‘n’ match China and crystal glasses adding a down-home feel to the buffet dinner and dancing.

“I’m from the Midwest, so I appreciate bringing the grit and glamour here,” said Kloss, towering over other guests as she arrived with professional partygoer and fellow host committee member Derek Blasberg.

Several people picked up on the western theme, including Los Angeles, California, vintage dealer Cameron Silver in a denim and rhinestone fringe Simon Spurr for The Limited look, complete with a bedazzled 10-gallon hat.

“Fashion’s capitals are not just New York, L.A. and Paris. These people are going to shop, it’s good for business,” he said.

“I have a soft spot in my heart for Crystal Bridges because we’re from Texas, where people had a vision for The Menil and The Nasher [museums] like they do here,” said L.A. artist Nikolai Haas, in town with his brother Simon. “We had access to art and it inspired us to make it.”

Hilfiger was by the bar, chatting with Marfa, Texas-based photographer Douglas Friedman, who was wearing a logo denim “Texas tuxedo” from the designer’s recent collaboration with Richard Quinn, in between posing for photos with excited guests.

“The museum is very impressive,” Hilfiger said. “They asked me to co-chair the gala and I wasn’t sure about it but then my team started investigating and said it’s going to be a great thing for American fashion. They called in a lot of archival pieces, and they were choosing all the right things,” he said of his pieces in the “Grit to Glamour” exhibition, including the logo bra top, underwear and low-slung pants worn by Aaliyah in the 1996 Tommy Jeans campaign, which helped broaden the designer’s hip-hop appeal to women.

“Did you know this is the mountain bike capital of the world?” Hilfiger digressed, talking about Bentonville’s great quality of life, which includes a rich culinary scene with a top restaurant called Preacher’s Son that’s in a converted church, contemporary museum The Momentary with its dazzling rooftop Tower bar, a Soho House-like private social club called BlakeSt., and public art everywhere the eye can see, from the sides of downtown buildings, to the extensive route of nature paths — much of it funded in one way or another by the Walton family.

“It’s an amazing cultural institution here in our state. I heard a study quoted that kids that went to museums had an unbelievable outcome compared to those who didn’t,” said William T. Dillard 3rd, senior vice president and director at Little Rock, Arkansas-based Dillard’s department store, who had his family in tow. “And our daughter is working here now, she helped plan this so I’m having a proud papa moment.”

After the buffet lines had been going for a while (yes, ham and grits were on the menu), and the Champagne was really flowing, the auction got underway. A Robert Indiana “Love” sculpture went for more than $500,000 and a private dinner with Alice Walton — in Bentonville, Arkansas, or New York — for $28,000.

Many wondered how TV legend Lear made his way to Bentonville; it was at the invitation of his good friend Sybil Robson Orr, a Hollywood producer and the niece of Sam Walton, who lives in Beverly Hills. Seth Meyers was a pal of Olivia Walton’s from New York, and he took the mic and doubled the number of tickets to his late night show in the auction.

“It’s wonderful to see fashion recognized as art and valued and displayed in this storied institution,” said Clare Vivier, who was star-struck herself to meet Hilfiger and others. The L.A. accessories designer will be leaving a lasting impression, too. Crystal Bridges tapped her to make the evening’s gift bags, and to sell her Made in America product at their shops.