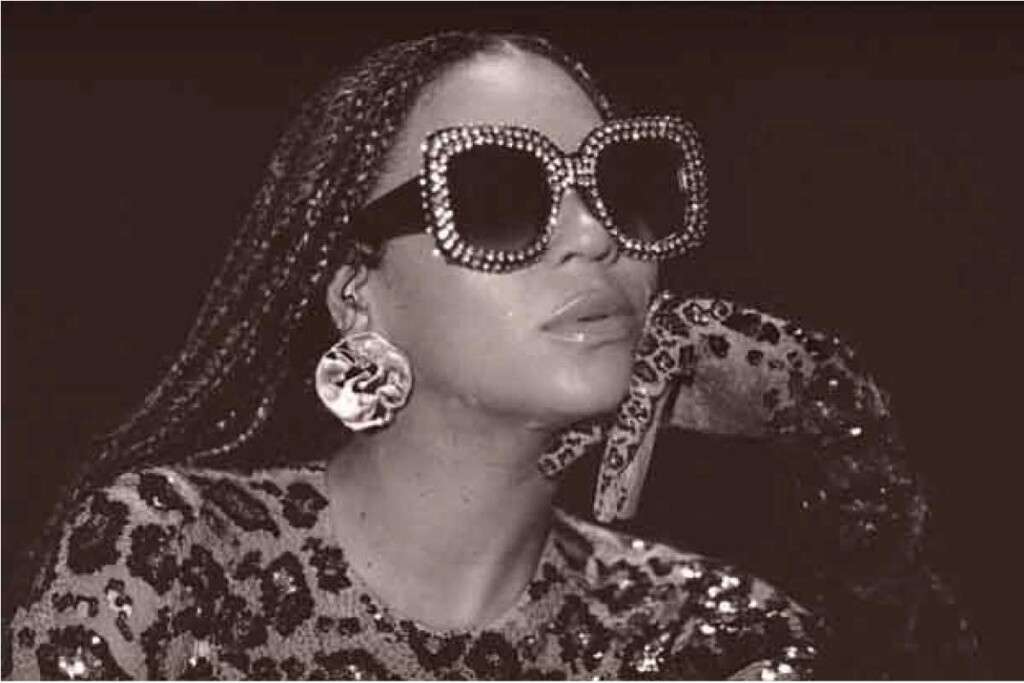 On October 14th at 6:00 PM join Fashion Designer Korto Momolu and University of Arkansas Professor Constance Bailey as they have an in-depth virtual conversation regarding symbolism in Beyonce’s Black Is King. The panelists will unpack the film’s fashion, themes, timely relevance, and the use of spiritual and cultural references that are used throughout the African diaspora.

Dr. Constance Bailey will use her expertise in Black Feminism and Womanist studies, as well as her course curriculum to bring important dialogue to the discussion regarding black love, black women’s coming of age experiences (black girl magic), family relationships and work. Korto Momolu who is a Liberian-born fashion designer and stylist will be able to speak to African iconography that is used throughout the film as well as the impact that fashion plays regarding storytelling throughout Black communities.

Continue reading below to learn more about our amazing panelists:

"The panelists will unpack the film’s fashion, themes, timely relevance, and the use of spiritual and cultural references that are used throughout the African diaspora."

Inspired by her African roots, Liberian-born fashion designer and stylist Korto Momolu (pronounced Cut • Toe – Mo • Mo • Lu) is stamping her global brand with fashion-forward women’s wear, ultimately creating art that celebrates the essence of her rich heritage through the use of traditional and luxury fabrics.

A graduate of the L’Academies des Couturiers Design Institute in Ottawa, Ontario [Korto relocated to Canada in 1990 following the coup in Liberia a year prior]. Korto launched her custom line while working as an independent fashion designer in 2006. Advancing her field experience, she auditioned for and earned a spot on the 5th season of Bravo TV’s hit show, Project Runway. Throughout the season, Korto’s primary signature fuse of color and diversity in style and presentation, in addition to her feisty spirit, resonated well with audiences. In the end, it earned her the prize of “fan favorite” and ultimately, a placement of 1st runner-up at the season’s close.

The Korto Momolu brand has over the years expanded to include creating an accessory line for Dillard’s Incorporated department stores; producing an eco-friendly jewelry line for the Smithsonian museum stores; designing the uniforms for the Walton Family Museum (Crystal Bridges); serving as the Cheerios’ ambassador for the Shoprite Partners in Caring “Knock Out Hunger” campaign; and contributing her time and talents to countless charitable and philanthropic endeavors.

Highlighted in the ‘Top 5 Designers to Watch’ at her debut season at New York fashion week SS2009 season, Korto has been featured in many international and national publications and has appeared on numerous television shows, including two seasons of Project Runway AllStars.

In the fall of 2019 Korto Collaborated with Women Grow, an organization focused on female leadership in the Cannabis industry. The Korto Momolu for Women Grow line was Created and presented at NYFW for SS20 shows. The line included sustainable fabrications, including hemp and cork.

She presently makes her home with her husband and children in Little Rock, Arkansas.

Constance Bailey is an Assistant Professor of English at the University of Arkansas. She also holds a joint appointment in African and African American Studies. Her research interests include African American folklore, American comedy and humor, and black speculative fiction. Her article, “Signifying Sistas: Black Women’s Humor and Interformional Poetics” is currently under consideration. When she is not attending to her three wonderful children, she is hard at work on her first manuscript, The Predicament of Crossing: The Black Collegian in Popular Culture.